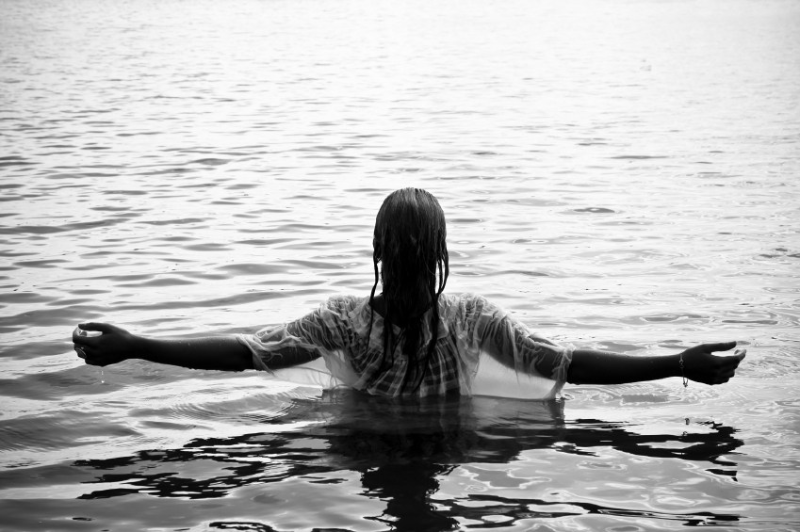 Please let me apologize for how irregular this blog has been. It actually is extremely important to me since I am working on a book for new believers to help them begin their spiritual journey well. So your comments are especially helpful and I value your time in interacting with my work. I will get back on track, sending out a blog post every Thursday. Thank you. —Bill

We were changed in conversion, and a changed person will live a changed life, not because you have to, but because you want to. In the Bible, one of the first things people did after conversion was to announce it publicly in a ritual called “baptism.”

In the history of the church there has been a lot of arguing about baptism, and unfortunately in some cases (and fortunately in others) it has led to dissension and division; and yet we are told to be baptized and so a young Christian needs to understand what it is and what it isn’t.

From the following you will see that I believe baptism is an intentional act of a person’s faith. For those who have a different view of baptism, this blog is not for you. But if you believe in believer’s baptism, I would like to know how the following works. Does it explain baptism correctly, simply, and convincingly? Thanks.

The practice of baptism is probably the best picture of the change that happens in the life of a new believer and the newness of the path. In case you are unfamiliar with it, let me explain it briefly. Different churches do it differently, but this is what baptism looks like for the majority of believers.

After talking with your friend, mentor, pastor, or someone, he or she will go with you into the water. Perhaps it will look like a spa or pool to you, or you may be outside in a lake or river. You will be given an opportunity to publicly tell your friends who are there how you walked through the gate, what you believe, and what God did for you. This is your “testimony.“ Then your friend will take a hold of you and lower you under the water, saying something like, “I baptize you in the name of the Father and the Son and the Holy Spirit. (These words come from the Bible.) Then you will come out.

The act of baptism did not save you. No ritual can save you; God has already saved you. Baptism is simply the public proclamation of what God has already done when you walked through the gate. Baptism is not an act of salvation; it is an act of obedience. Jesus calls all believers to take a public stand. In the Bible people used to be baptized as soon as they walked through the gate. Because the two events were so close in time, they were seen as a single event and the imagery of baptism could be used to describe what happens in conversion.

This is the background of a famous passage in the Bible. Paul is writing to the church in Rome, and he says these words.

“What shall we say, then? Shall we go on sinning so that grace may increase? By no means! We are those who have died to sin; how can we live in it any longer? Or don’t you know that all of us who were baptized into Christ Jesus were baptized into his death? We were therefore buried with him through baptism into death in order that, just as Christ was raised from the dead through the glory of the Father, we too may live a new life” (Romans 6:1-4, NIV).

Paul is discussing the topic of ongoing sin in the life of a follower of Jesus. He asks the rhetorical question, should we keep sinning so that by grace God will continue to forgive us? Absolutely not. And then he states the essence of our conversion/baptism experience. We have died to sin. It doesn’t make any sense to think that we can continue to live in sin. What does it mean to “die to sin”?

When you go under the water in your baptism, it signifies that your sins have been washed away. I once baptized a friend of mine, and she asked me to hold her under the water an especially long time. “Why?“ I asked. “Because I have sinned a lot, and Jesus has a lot to forgive.” My friend knew that her sins weren’t being forgiven by the water, but she understood the power of the symbolism. (Later on the afternoon, another person who I did not know asked me if I held everyone down that long! I assured him that I did not. As I recalled, I held her down until I saw bubbles escaping from her nose; it was time to let her up.)

But the symbolism of baptism is more than just forgiveness. When we became followers of Jesus, we were in some way mystically joined to Christ. Paul calls this being “in Christ.” This is also symbolized in baptism. When we are lowered under the water, we are saying that we have died with Christ, that his death in some way has become our death. And just as Christ was raised from the grave to a new kind of life, a life that has gained victory over sin and death, so also as we come out of the water, as we start to walk down the path of discipleship, we too are raised to a new kind of life. Specifically, a life in which ongoing sin has no place.

Baptism is a wonderful proclamation for all to hear that Jesus changed my heart, and now as a changed person I am walking down a different path. This is something all new believers are called to do.

The clearest is the Great

Submitted by Dikrane on Thu, 2018-03-22 08:09
Hello Bill, What if salvation occurred at baptism as opposed to prior to baptism? Stephane

Submitted by admin on Thu, 2018-03-22 08:37
Then Christian doctrine becomes something totally different and salvation is no longer by grace but by works. It would not be about a relationship with God but a ritual.

Submitted by h2omymind on Thu, 2018-03-22 08:12
Yes, I agree with your writings here about baptism. "Specifically, a life in which ongoing sin has no place." Regarding this statement, while sin has no place, we continue to sin. However, we no longer "practice" sin as 1 John makes clear.