Meaning is Primarily Conveyed by Phrases, Not by Individual Words

Is it more accurate to translate word-for-word, or to translate phrase-by-phrase? Some argue the former, but in truth it isn't possible. Meaning is conveyed primarily by phrases, and words gain their specific meaning in the context of the phrase. So accuracy has more to do with the phrase than the individual words. 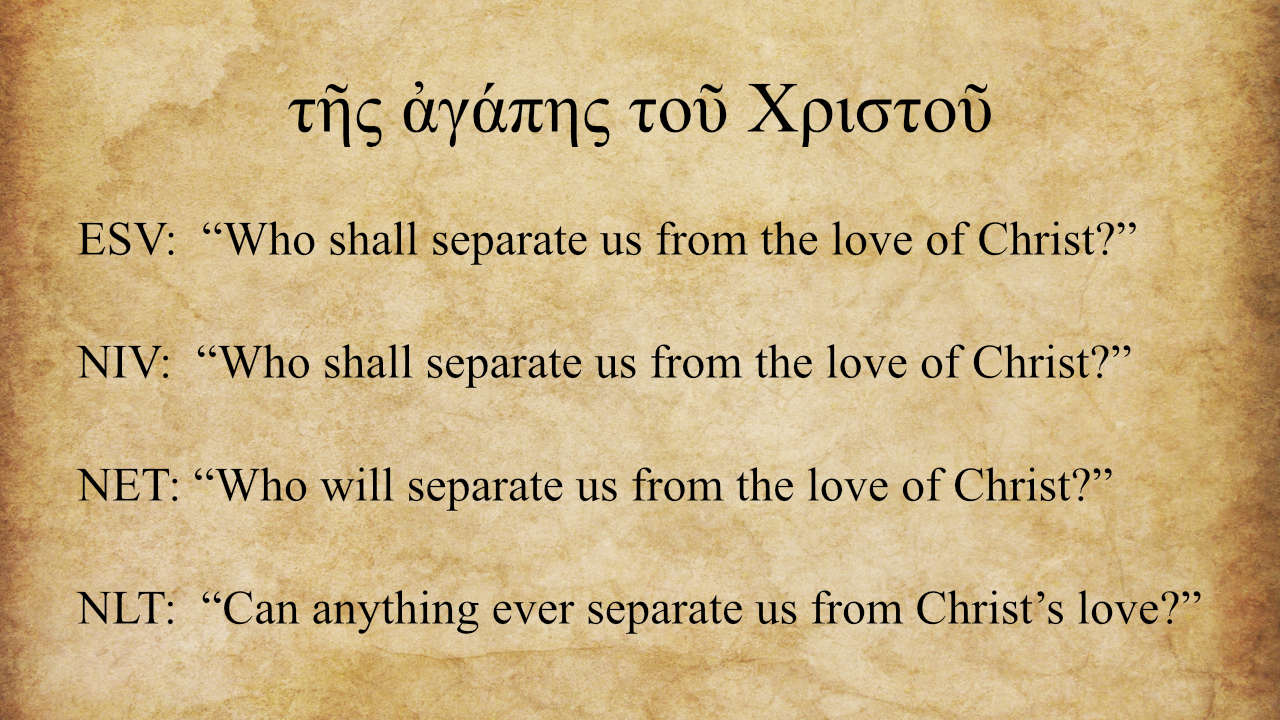 Languages say the same thing, but in different ways. The goal of translation is to accurately convey the meaning of the original text into the receptor language. All would agree so far.

But how do you express meaning, and how do you translate that meaning accurately? In the past, I sided with the argument that “accurate” meant as word-for-word as possible and leave interpretation up to the English reader. But I have learned that we rarely convey meaning with only one word. Meaning is usually conveyed through a group of words, bound together by grammar, understood within a specific context. Accuracy has to do with conveying meaning, not replicating words.

When I was learning German, I went to the Goethe Institute in Schwäbisch Hall, Germany. There's nothing like learning a language in an immersive experience. Some of my friends knew a lot more German than I did, but they were good at forcing me to speak in German rather than rescuing me with English. One day it was cold outside, so I thought I would say that I was cold. “I” is “Ich.” “Am” is “bin.” “Cold” is “kalt.” So I proudly announced, “Ich bin kalt.” If you know German, you can imagine what happened. My friends hit the ground, rolling and laughing hysterically.

I reviewed my words. Yes, “Ich bin kalt” are the right words. I had conveyed meaning accurately I thought; my friends’ laughter disagreed. When they managed to regain their composure, they told me that if I wanted to say I was cold, I should have said, “To me it is cold:” “Mir ist kalt.” I asked what I had “said,” and they replied that I had said that I was sexually frigid. Later that spring, I still hadn't learned my lesson and announced, “Ich bin warm.” I’ll let you figure out what “Ich bin warm” means.

My years in translation (and my German friends) taught me that we communicate in groups of words, bound together by grammar, and understood within a specific context. It is naive to think that a word-for-word substitution from one language to another is inherently more accurate. If you disagree, I suggest you don't travel to Germany in the late fall.

A related topic is ambiguity. In trying to be as non-interpretive as possible — a desire to interject as little of yourself into the translation as possible, which is a good aspiration to be sure — some people argue that translations should be as ambiguous as possible and leave the interpretation up to the reader. I can see the point, as long as at the same time the translation doesn’t claim to be accurate. Ambiguity and accuracy rarely go hand in hand. They are, in fact, opposites, assuming you understand “accuracy” as “accuracy of meaning.”

Take Paul’s question, “Who shall separate us from the love of Christ?” (Romans 8:35). Is that translation accurate? “Love of Christ” is, to be sure, close to a word-for-word transference of τῆς ἀγάπης τοῦ Χριστοῦ and hence non-interpretive, and yet the English word “love” is an inadequate translation of ἀγάπη, and Χριστός requires interpretation since it originally meant “to be wiped with oil.”

But what does the verse mean? Does it mean that nothing can separate me from my love for Christ? That simply is not true; I am thankful that the Lord remembers my frame, that it’s dust, and that my heart is prone to wander. Certainly, Paul means that no one can separate us from Christ’s love for us, that his love is the anchor in the storms of my life.

And so the NLT accurately translates, “Can anything ever separate us from Christ’s love?” Does this require interpretation? Of course — all translation involves interpretation to some degree. Anyone who claims otherwise doesn't understand even the rudimentary elements of translation.

My point is this: Can it honestly be said that an ambiguous translation is accurate? No. It’s vague and open to misunderstanding — that's the real problem. It's not accurate because it doesn’t convey the meaning of the Greek. Accuracy is a matter of meaning, not form, and meaning is primarily conveyed by phrases, not just by individual words, all of which have to be interpreted.

I believe there are five clearly defined schools of translation, and all but the interlinear are committed, in varying degrees, to convey meaning and not just the words. This means the translators must look at not just the words but the phrases, and translate each word within the context of the phrase. No translation translates word-for-word, not a single one.

Meaning is primarily conveyed primarily by phrases, not by individual words.