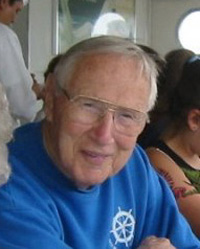 Dr. Robert H. Mounce (PhD. University of Aberdeen, Scotland), president emeritus of Whitworth University, is the author of a number of well-known New Testament commentaries including the volume on Revelation in the NICNT, Romans in the NAC and John in the newly revised EBC. Dr. David Hubbard, former president of Fuller Theological Seminary, referred to him as “one of our generation’s most able expositors.” He was on the original translation committee for the NIV, involved in the translation of the NLT and the NIrV, as well as serving as assistant NT editor of the ESV.

Jesus, In His Own Words 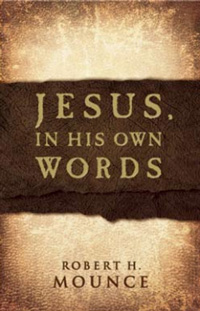 What if Jesus were to tell you in first person about His time on earth?

"You are about to read an account of the life and ministry of Jesus that combines all four gospels into a single narrative and allows Jesus himself to tell us the story," writes veteran Bible translator Robert H. Mounce at the beginning of Jesus, In His Own Words. "Although the style is contemporary, the desire is to clarify the meaning of the original text rather than to impressthe reader with clever phrases."

To that end, Mounce's more conversational interpretation of the Gospelsallows the reader to "be there" during" Christ's birth and boyhood, at his baptism by John the Baptist, on the hillside when he spoke about the kingdom, amidst the miracle workings, and so on. His approach makes the words fresh to longtime believers and inviting to those seeking Scripture for the first time. Complementing the prosaic text, a full index of people, places, verse units, basic themes, and paragraph headings is also included.

The Book of Revelation 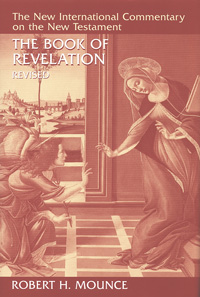 For over thirty years Mounce’s commentary on Revelation in the NICNT has served as the definitive presentation of the Apocalypse from a historical pre-millennial approach. His analysis assumes a position between an indefensible literalism and a highly imaginative subjectivism, believing this to be the way the ancient text spoke to the seven first century churches in Asia to whom it was addressed as well as the way it speaks to us today.

Incorporated within the text is an ongoing dialogue with scholars throughout the years. Professor Mounce examines and challenges their insights and major hypotheses, taking issue with those which are excessively speculative or lacking insufficient understanding of the text.

Internationally recognized scholar, David E, Aune, says that Mounce’s work on Revelation is “a superb contribution to New Testament scholarship which, for lucidity of style, balance of judgment, coupled with a phenomenal acquaintance with the enormous body of secondary literature on the subject, constitutes one of the most outstanding commentaries on Revelation in the last decade, and certainly the most comprehensive.”