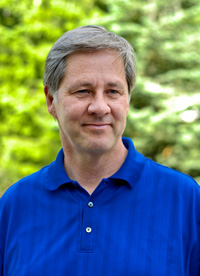 Dr. William D. Mounce (Ph.D. University of Aberdeen, Scotland, 1982) lives as a writer in Washougal, Washington. He is the President of BiblicalTraining.org, a non-profit organization offering world-class educational resources for discipleship in the local church. He runs BillMounce.com, a site committed to helping people learn biblical Greek. And He author a series of blogs on this site.

Formerly he was a preaching pastor at a church in Spokane, WA, and prior to that a professor of New Testament and director of the Greek Program at Gordon-Conwell Theological Seminary. Bill also taught at Azusa Pacific University for ten years. He is the author of the bestselling Greek textbook, Basics of Biblical Greek, and many other resources. Bill was the New Testament chair of the English Standard Version translation of the Bible, and is serving on the NIV translation committee. Robin and Bill have been married since 1983 and have three children. 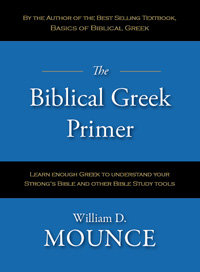 Do you want to get to the Greek behind the English  translations, do Greek word studies, use better dictionaries and commentaries, and not be frightened by the Greek words? Do you want to understand a Strong's Bible but don't have the time to do all the memory of traditional language learning? Then the Biblical Greek Primer video series is just for you! 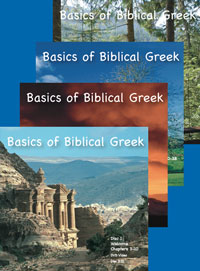 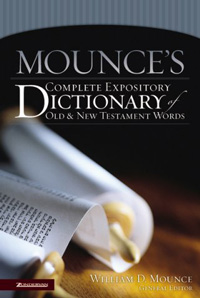 For years, Vine's has been the standard word study tool for pastors and laypeople. This new dictionary is written by over 40 Bible scholars, edited by Bill Mounce and contains in-depth definitions. This dictionary is ideal for those with little or no knowledge of Greek or Hebrew but want greater insight into the meaning of biblical words to enhance their Bible study. This dictionary contains 14,000 entries, is keyed to several translations, both Greek and Hebrew words are found under each English entry and uses both Strong's and G/K numbers. It also reveals connections and nuances not apparent in English translations. Published by Zondervan (2006). 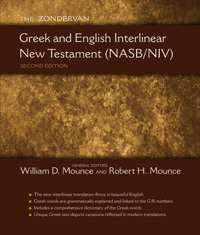 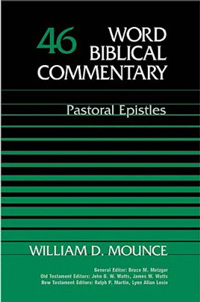 A commentary on 1 and 2 Timothy, and Titus, published in the Word series by Nelson (2000).

For a full listing of Bill's publications, see BillMounce.com/publications.