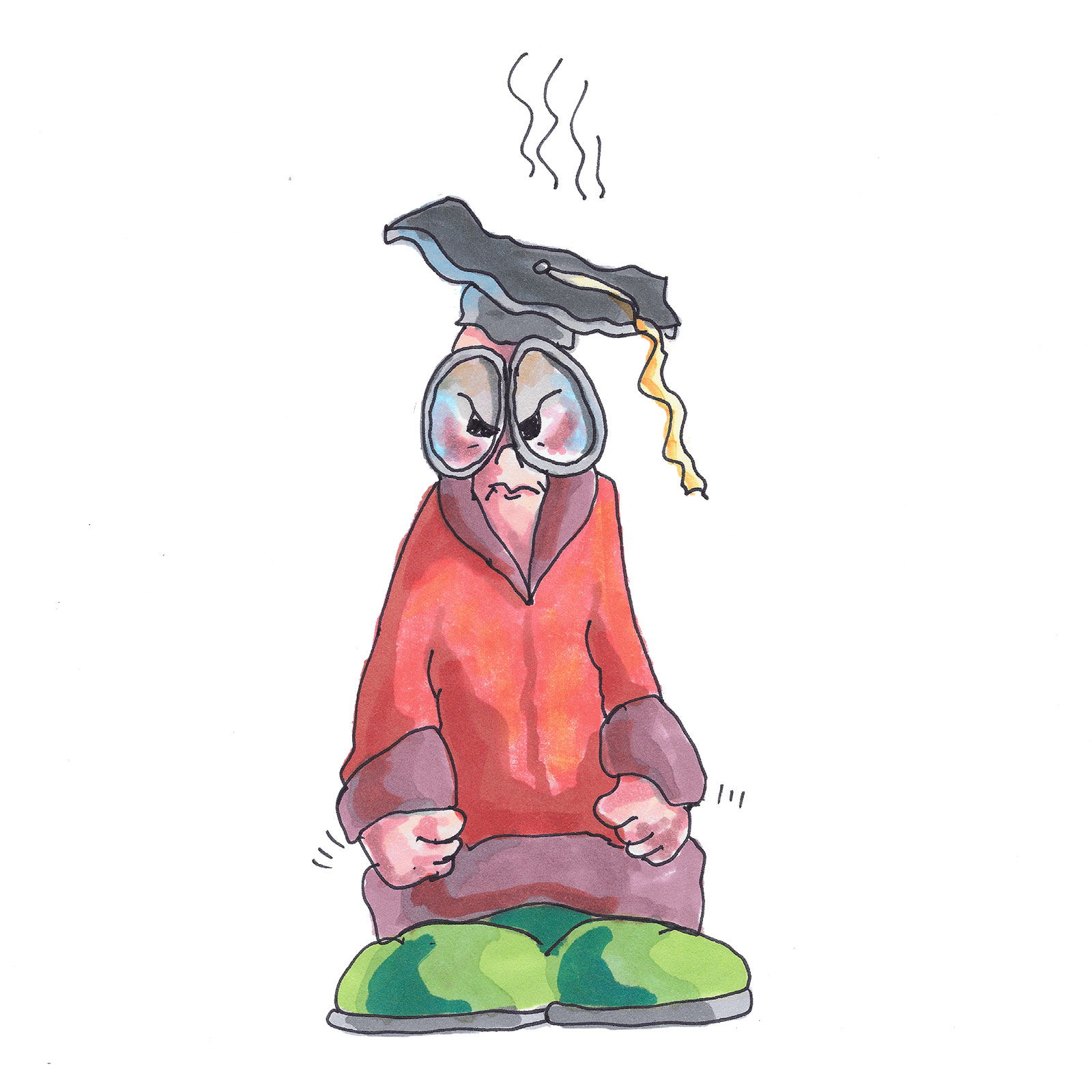 Biblical Greek
Published September, 3rd 2019 by Bill Mounce
When the pains of life hit, it is natural to ask if God is all good all the time.

Sometimes the pain in our lives is so intense that we can barely breathe. It doesn't feel like we deserve the pain (and perhaps we don't), and it is unjust for God to allow us to walk through the darkness. One of the worst things that someone can say at that time is to quote Romans 8:28, so before those times come we need to decide whether or not God is all good all the time, and whether or not he works in all things for good.

The worst phone call of my life came on February 3, 1986, telling me that at our first baby, Rose, at 14 weeks had no heartbeat. The only positive thought was that the odds were in our favor that this wouldn’t happen again.

But on January 17, 1988, our second daughter, Rachel, died in my arms four hours after birth of a rare genetic disease that could also have been the cause of Rose’s death.

As the years went by, I never really got over Rachel’s death; I can still feel her last gasp for air in the cradle of my arm. I don’t really want to get over it since that physical memory was all I have of her. Rather, I learned to live with the pain, as it became my teacher.

There is so much pain in this world, pain that far exceeds my own. Adult survivors of abuse — sexual, physical, emotional. I remember a single mom in our church trying desperately to find a family to adopt her three children before she died of cancer. But pain is our teacher, and I slowly learned the meaning of Romans 8:28–30.

“And we know that in all things God works for the good of those who love him, who have been called according to his purpose. For those God foreknew he also predestined to be conformed to the image of his Son, that he might be the firstborn among many brothers and sisters. And those he predestined, he also called; those he called, he also justified; those he justified, he also glorified” (NIV).

This is a promise to God’s children, to “those who love him,” to those “who have been called according to his purpose.” It is not a promise to those outside his covenantal community. God is not a celestial nanny who has promised to step into “strangers’ ” lives and make everything okay. Sometimes of course he does, but he has not promised to do so. Frankly, I don’t see how someone outside of our covenantal community can come to terms with evil; the futility of life must be overwhelming.

But for the Christian, we know that our sovereign God so controls reality that he can work in the midst of any situation and bring about his good. I didn’t say that all things are good; genocide is not good. Nor did I say that God works out the good that we wish to experience. I said that God works out all things for “his” good. Why do I say that? Look at the next two verses; v 28 should never be read separate from vv 29–30, because they define what “good” means. (For you grammar nerds, neither v 28 nor v 29 end in a period in Greek, and vv 29–30 are a single dependent clause defining what “good” is.)

Here is God’s good. Before time, he knew us and predestined (pre-determined) that those he called, he would conform to the image of his Son Jesus; he pre-determined the benefits we would receive. In time, he called us to himself and justified us, declared us not guilty of our sins. In the future we will most certainly be glorified; it is so certain that Paul uses a past tense verb (“aorist”) to affirm the certainty of this future event. Our predestination was not for the purpose of theological debate; it was the guarantee that those who are adopted into God’s family will look like their big brother, Jesus.

Our human tendency is to want to define “good” as we would like to experience it — the cessation of pain; physical healing; an abundance of corrupting wealth. But these are a poor substitute for the good that God has planned: the fruits of the Spirit (Galatians 5:22–23). But God works in us for his good, whether we like it or not. He doesn’t have to ask us permission; that’s one of the perks of being God.

Am I glad that Rachel died? Not really; I keep thinking that there could have been some other way. In fact, I don’t think I have to be glad, but what I do need to see is all the good that God wrapped around my pain, good that I believe is greater than the pain itself. Am I convinced that God’s definition of “good” is right? Yes! Am I convinced that God is all good all the time? Absolutely.

The end of my story is pretty spectacular. This will not be the case for everyone, but it is for me. Because Rachel died, we adopted our first child, Tyler, 10 months later. His was the only birth I saw, even though we later had two other biological children, and his cord was the only one I cut. If Rachel had not died, I would not have Tyler. Five years ago Tyler married Rachel Fields; note the name. At their wedding rehearsal, I reduced every single person to a flood of tears as I shared how God was completing the circle that had been started 25 years earlier, even to the point of her name. I got my Rachel back.

Last night I went down to the dock; we have a cabin on the Pend Oreille River in northeast Washington where there are almost no outside lights. The sky was clear and the moon was not to be seen. As I stared up at the sky, I could see the Milky Way galaxy reflecting its light down the river, and so many other lights in the sky, many of them being their own galaxies. What a God we serve and love.

The joy of the Christian comes from a deep-down conviction that God is at work in all situations for his good, and in knowing that one day we will be able to say with the martyred saints, “Great and marvelous are your deeds, Lord God Almighty. Just and true are your ways, King of the nations” (Rev 15:3).

The only questions for you are, ”Will you allow pain to be your teacher?” and, “Do you want to look like Jesus?”

In the picture below, Tyler and Rachel are on the rtight, with Robin, Kiersten, and Hayden to the left. We were able to go to Ireland last summer for the NIV translation meetings and then on to Berlin for Kiersten’s wedding.