Should The Gospel of Thomas be in the Bible?

It appears that there were three tests as to whether a book was viewed as authoritative and therefore included in the biblical canon. With so many people thinking the Gospel of Thomas should be in the Bible, let’s look at the facts. 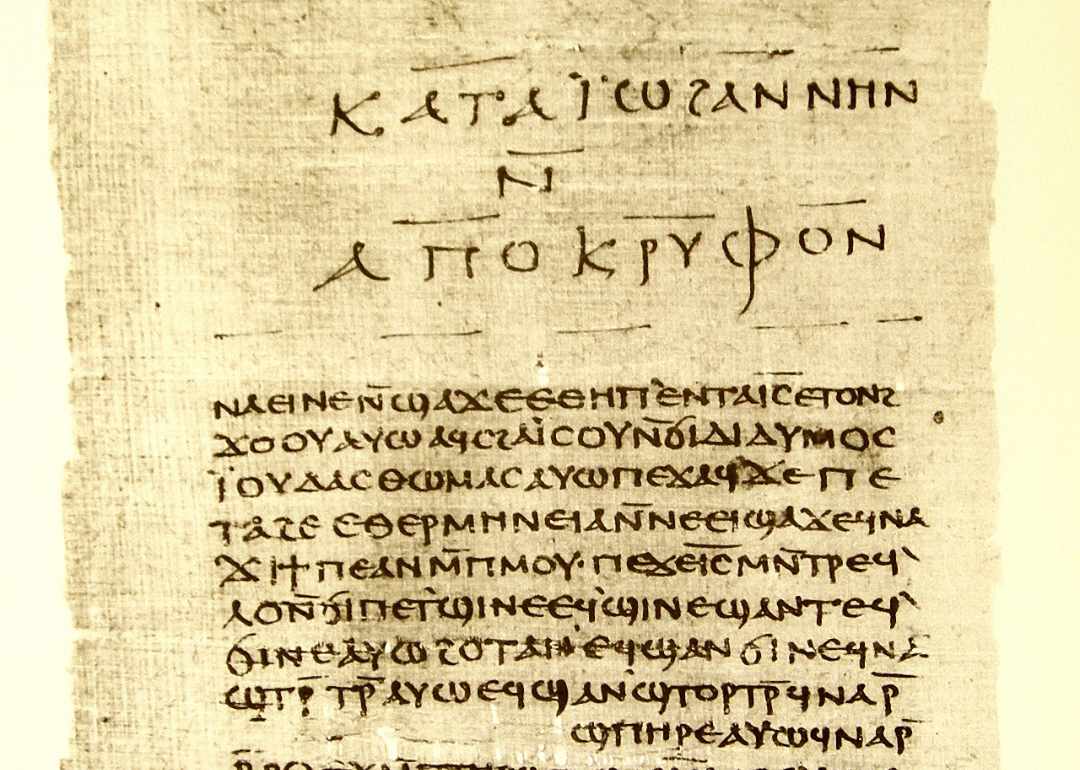 What are the three tests of canonicity? (“Canonicity” refers to the study of what books should, or should not, be in the Bible.)

Let’s look at the Gospel of Thomas as a test case. How does this “gospel” fare in relation to these three criteria? The Gospel of Thomas is a gnostic text discovered as part of the Nag Hammadi library in Egypt in 1945. I place “gospel” in quotes because it’s a misnomer to call it a gospel. It’s nothing more than a collection of sayings supposedly spoken by Jesus.

It fails the test of apostolicity because it’s generally dated from AD 175 to 180, possibly as early as AD 140. Thomas never wrote it.

It fails the test of orthodoxy because Gnosticism was heretical. The last of the 114 sayings illustrates the point:

Simon Peter said to them [the apostles], “Make Mary leave us, for females don’t deserve life.” Jesus said, “Look, I will guide her to make her male, so that she too may become a living spirit resembling you males. For every female who makes herself male will enter the kingdom of Heaven.”

Is there any chance this misogynist view of women belongs in the canon? Eusebius called Gnosticism “the fictions of heretics,” and yet the Jesus Seminar published five gospels—with Thomas as the fifth, which has more red-letter print in it than does the Gospel of John.

It fails the test of catholicity. Because it was discovered in 1945, it was never read, much less acknowledged, by the worldwide church. It was merely the writing of a heretical sect. Origen says the Gospel of Thomas was never accepted by the church (Homilies on Luke 1.2).

I will never forget walking in downtown Pasadena, California, during my years in seminary. One day I turned a corner, and in the window of a bookstore was a large ad for a book claiming to contain writings that the leaders of the church had removed and hidden for theological and political reasons. I wish I had taken a picture of that poster. It seems that almost every decade someone else resurrects the same false claims referencing the same apocryphal and pseudepigraphical works of fiction. There is rarely anything new under the sun.

Despite what you may have ready in fictional stories, the Gospel of Thomas was never, and should never, be viewed as belonging in the Bible.